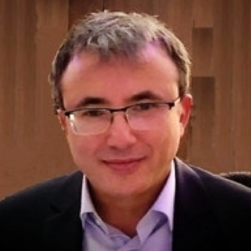 Prof. Tekinerdogan received his MSc degree (1994) and a PhD degree (2000) in Computer Science, both from the University of Twente, The Netherlands. From 2003 until 2008 he was a faculty member at University of Twente, after which he joined Bilkent University until 2015. At Bilkent he has founded and led the Bilkent Software Engineering Group which aimed to foster research and education on software engineering in Turkey. Currently he is  full professor and chair of the Information Technology group at Wageningen University, The Netherlands. He has  more than 20 years of experience in software engineering research and education. He has been active in dozens of national and international research and consultancy projects with various large software companies whereby he has worked as a principal researcher and leading software/system architect.  He can communicate in five languages (English, Dutch, Turkish, French, German). His publications are listed in the following page http://dblp.uni-trier.de/pers/hd/t/Tekinerdogan:Bedir.