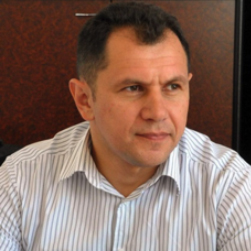 Boro Krstić is a coordinator in front of the Bijeljina University – Director of the Bijeljina University since 2012, and in 2016 he was given another mandate. Since 2016 he is the Dean at the Faculty of Agriculture, where he teaches the Business Law. The initiator and organizer of the seminar provided by the Faculty of Agriculture and the Bijeljina University with the purpose of education the agricultural producers in order to prepare for the planting season for the current year. The seminar is titled “Challenges of Agricultural Production –planting season for the following year”, and it is traditionally organized on February 15 every year starting from 2013. This year, 2019, 7th seminar will be organized. Asst. Prof. Boro Krstić is the initiator of a series of actions taken by the Faculty of Agriculture in the interest of agricultural producers, which are of educational character. He is also the initiator of the First Scientific Conference Village and Agriculture, organized by the Faculty of Agriculture in September 2018, and is also the editor of the Proceedings from the Scientific Conference and a member of the Scientific Committee. Asst. prof. Boro Krstić is also engaged in scientific and research work in the field of agriculture.